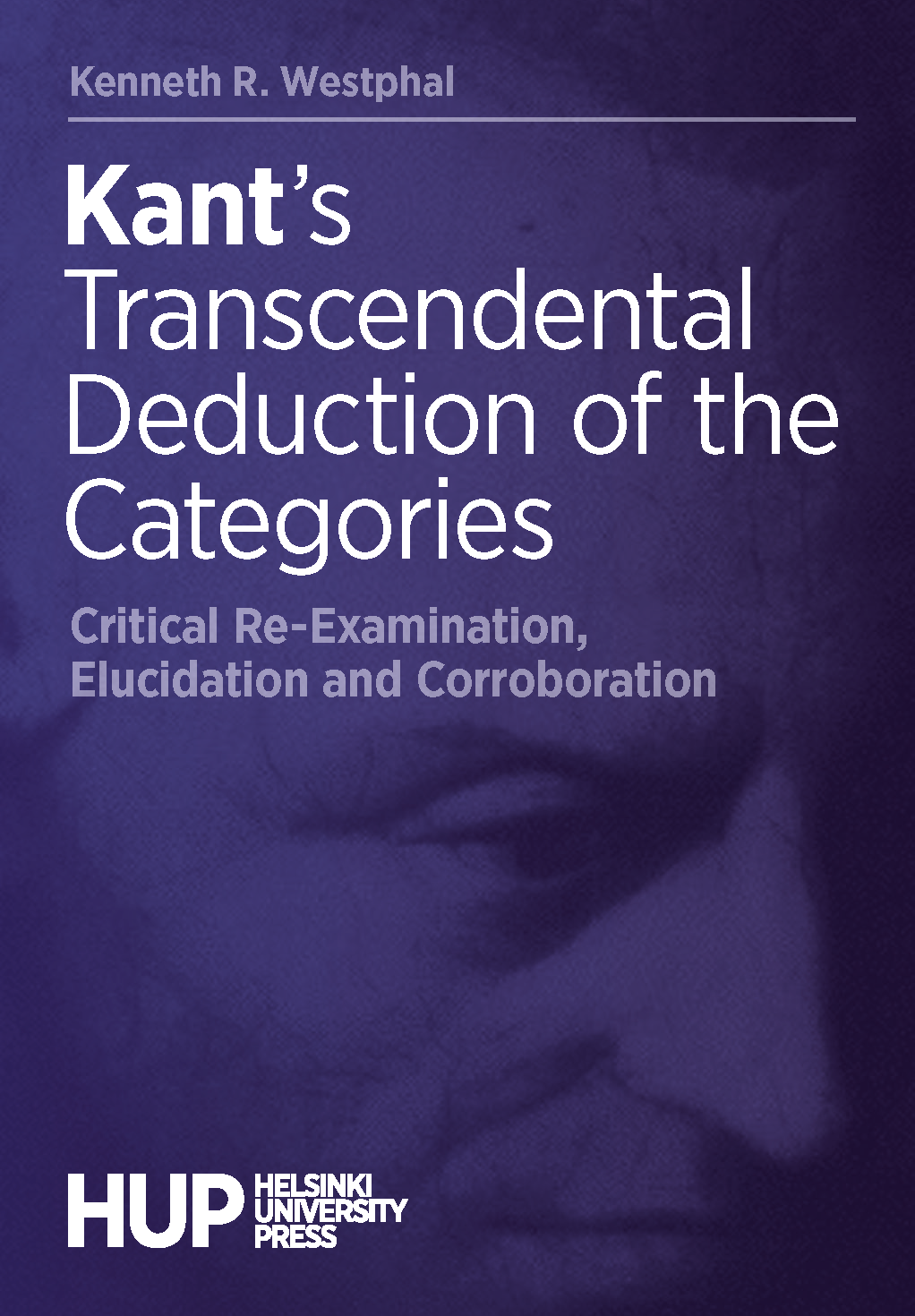 Kant’s Transcendental Deduction of the Categories

Immanuel Kant’s ‘Transcendental Deduction of the Categories’ addresses issues centrally debated today in philosophy and in cognitive sciences, especially in epistemology, and in theory of perception. Kant’s insights into these issues are clouded by pervasive misunderstandings of Kant’s ‘Deduction’ and its actual aims, scope, and argument. The present edition with its fresh and accurate translation and concise commentary aims to serve these contemporary debates as well as continuing intensive and extensive scholarship on Kant’s Critique of Pure Reason. Two surprising results are that ‘Transcendental Deduction’ is valid and sound, and it holds independently of Kant’s transcendental idealism. This lucid volume is interesting and useful to students, yet sufficiently detailed to be informative to specialists.

Kenneth R. Westphal is Professor of Philosophy at Boğaziçi University, İstanbul. His research focuses on the character and scope of rational justification in non-formal, substantive domains, both moral and theoretical. His books include several volumes on Kant.

“This compact book will be of very considerable interest to scholars in philosophy and in cognitive science working on Kant’s Kritik der reinen Vernunft / Critique of Pure Reason, especially those concerned with perceptual judgment and with self-consciousness, self-ascription or apperception. It is also an ideal text for advanced courses and seminars treating Kant’s 1787 version of the Transcendental Deduction. The book is constructed to strongly promote running comparison of Kant’s German prose with Westphal’s highly competent translation. Westphal’s succinct analytic commentary culls through two centuries worth of secondary literature to lay out the essential terminological, conceptual, and historical presuppositions of Kant’s key claims and arguments. For decades now, I have been looking for a bilingual edition of the 1787 Deduction suitable for advanced teaching purposes—an edition of the format and sharply focussed scholarly quality exhibited by Westphal’s book. It is especially gratifying to know that this work is freely accessible to everyone.”

This book is distributed under the terms of the Creative Commons Attribution + Noncommercial + NoDerivatives 4.0 license. Copyright is retained by the author(s)