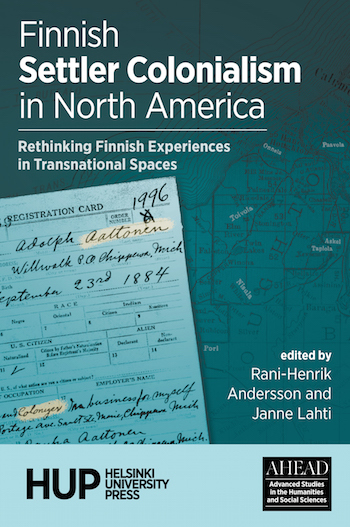 This chapter explores the rhetoric and realities of Eero Erkko’s Cuba plan. The chapter draws mainly on Erkko’s private correspondence and newspaper articles published in Finnish and Finnish–American newspapers. The chapter first examines Erkko’s vision of a Finnish settler colony in Cuba within the context of his political thinking and the broader ideological currents on which it drew on. The chapter will then probe how Erkko attempted to make his vision a reality: the negotiations with other activists, business partners, American landholding companies, and prospective emigrants. The chapter closes with a brief look at the lives of the Finnish emigrants who followed Erkko’s call and migrated to the Cuba Real Estate Association’s farming colony of “Chicago,” near Itabo in the western Matanzas province.

This chapter distributed under the terms of the Creative Commons Attribution + Noncommercial + NoDerivatives 4.0 license. Copyright is retained by the author(s)